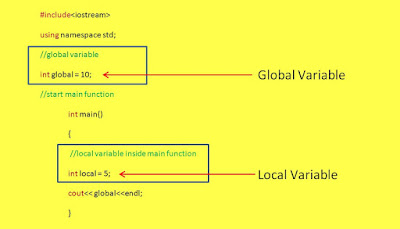 The following is the main difference between local and global variable.

Scope and Lifetime of Local Variable

Scope and Lifetime of Global Variable

Repetition structure is used to execute a statement or group of statements repeatedly as long as the given condition remains true. In […]

In this article we discuss about the basic elements of C++ programming language. It is best practice to remember all these elements […]

In this article, you will know about basic information of computer programming or software engineering. Before this we must […]