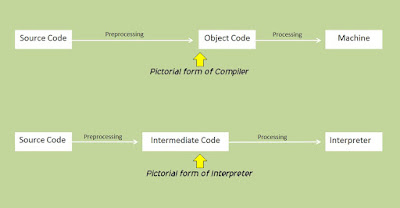 How does Compiler work?

The program translated into machine code is called object code. The source code is translated into object code successfully if it’s free of errors. If there is any error in the program, then compiler specifies the errors at the end of compilation. The errors must be removed before the compiler can successfully compile the code. The object program can be executed a number of times without translating it again and again.

How does Interpreter work?

In this article, you will know about basic information of computer programming or software engineering. Before this we must […]

A variable represents a location in the memory of computer. During program execution, it is used to store input data and its […]

In C++, the symbolic constant can be declared in the following two ways: Using #define Using const keyword The #define Directive The […]

Today, the Object-Oriented Programming (OOP) become the most popular approach to develop software. In object oriented programming, a software (program) is […]